Our company Misssion is to offer wide range of the products and services with high quality of service.. 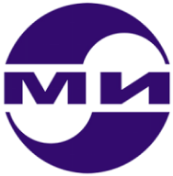 This experimental design bureau launched in 1947, headed by the legendary Soviet rotorcraft designer Mikhail Mil. Under Mil’s leadership, the bureau developed the world-famous Mi- helicopter series, including the most popular model in history – the Mi-8/17 series. Today Mil Moscow Helicopter Plant is one of the world's most respected rotorcraft developers, producing helicopters that operate in over 100 countries.

The Mil plant's key areas of activity are experimental design and research, and the design, construction and testing of prototype helicopters. The plant’s staff oversee the launch of production of new models and modifications for the Mi- series, and provide operational support for commercial and military helicopters.

Over the course of its history, the bureau has designed 13 basic models, ranging from light to super-heavy class helicopters. The most popular designs are the Mi-2, Mi-4, Mi-6, Mi-8/17 and Mi-24, which have all been released in multiple versions.

The plant is currently developing new commercial helicopters including the Mi-38 transport and passenger carrier and the upgraded Mi-171A2 and Mi-26T2. For the benefit of its clients in the Russian defence industry and from abroad, the plant is also now working to improve the Mi-28NE Night Hunter and Mi-35M combat helicopters and developing new versions of these models – such as the Mi-28UB military helicopter for pilot training.

Today the Mi- series forms the backbone of helicopter aviation in Russia and in many countries in the CIS, Asia, Africa, the Middle East and Latin America.